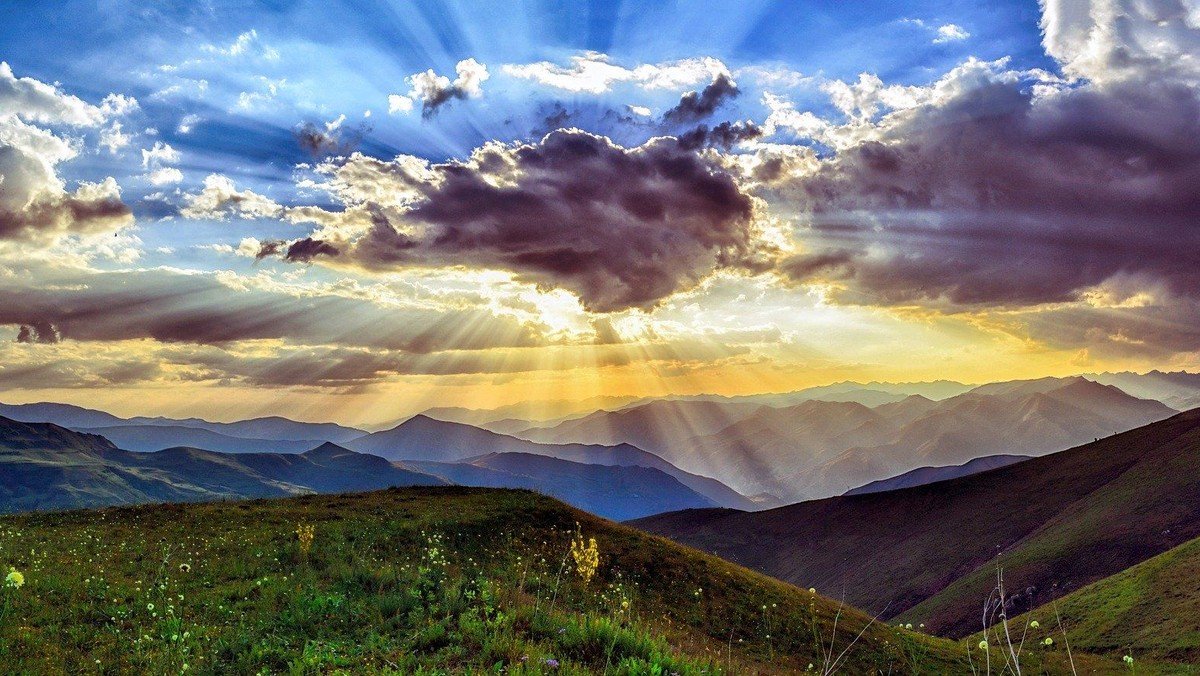 We told the Genesis story a bit differently in our service this morning, and that was deliberate. It’s a story we know so well that we often skim it, or even ignore it. Or worse dismiss it out of hand as archaic nonsense with nothing to tell us. So we told it differently. And now I want us to encounter it again, as if for the first time, I want us to take a moment or two to scrape away the grime of modern expectations, blow off some of the dust of history and hear this story on it's own terms.

Because this is a story that invites us to meet God face to face, it's a story about him that reveals his very character. At the most basic level we find a benevolent God who is creative, who's creative energy is focussed towards humanity, and a world that can sustain them – a humanity that is created in his own image, and is blessed by him and instructed to multiply – to re-create. It's a story about a God who makes, and loves what he has made.

If we accept that, then it’s also a story that invites us to look into the face of creation. At the most basic level we find an incredible abundance of life and variety – plants, and animals, and fish, and birds - yet all framed within systems and behaviours that make the whole thing ordered comprehensible. A creation that is worthy because it is loved by God, and declared by him to be ‘very good’.

And if we accept that then it’s a story that challenges us to look ourselves in the face, and ask ourselves if we like what we see. We too are a part of the creation, and we too are loved and valued by God, no matter who we are, where we’ve been, or what we’ve done. But this story also sets us apart from the rest of creation – it tells us that our relationship is a little different. For ours, in this created world, is a position of power, authority, and responsibility. We are the ones with ‘dominion’, with the capacity to ‘name’ the things, and beings we encounter. If we accept the worth of the world we are surrounded by – that comes from the delight, and wonder that is taken in it by God himself; then we have to ask ourselves is our dominion, our power, and our authority something we have used, and are using, aright?

The incredible pictures we’ve seen over the last few weeks as the earth has had a chance to take a deep breath – of seas sparkling crystal clear as shipping lanes have emptied; of mountains emerging from smog as factories have quieted, of the increased sightings of animals... all these things stand over us not only as wonders, but as condemnations. What clearer evidence could we want of the impact we have had on the natural world?

Now we are facing a call back to renewed industry – to re-establishing our economy, to propping up fragile looking industries like tourism and air travel... but surely, as those who look around us, as those who look with God’s eyes at the created world and share his words, ‘this is good’, surely we are called to pause before we again charge on after the gods of economic growth, GDP, and personal wealth?

Surely we are called to ask are the systems that we put down the right ones to pick back up? Is the mass consumerism of single-use culture one we want to blindly return to?

Or is there another way?

I know people are struggling financially; I know that if we don’t start some sort of economic recovery we are saddling not only ourselves, but also our children with extraordinary debt...

So let’s, before just seeking a return to what was before, consider for a moment the cost, and if there are things we could do differently. Let’s ask ourselves if we really need so many foreign holidays; let’s be mindful of whether each journey is really necessary, or whether that meeting could happen just as easily online as in person; let’s look at our gas and electricity consumption, and wherever possible seek renewable sources so that infrastructure is as kind to our planet as it possible can be; let’s hold our leaders to account for national and international environmental policies and agreements... If each of us can make just one change as we seek our new ways forward, that impact could be immense.

We owe it to our world, because that’s who we are – as followers of God, and his appointed co-workers on this planet; made in love to be ‘very good’.