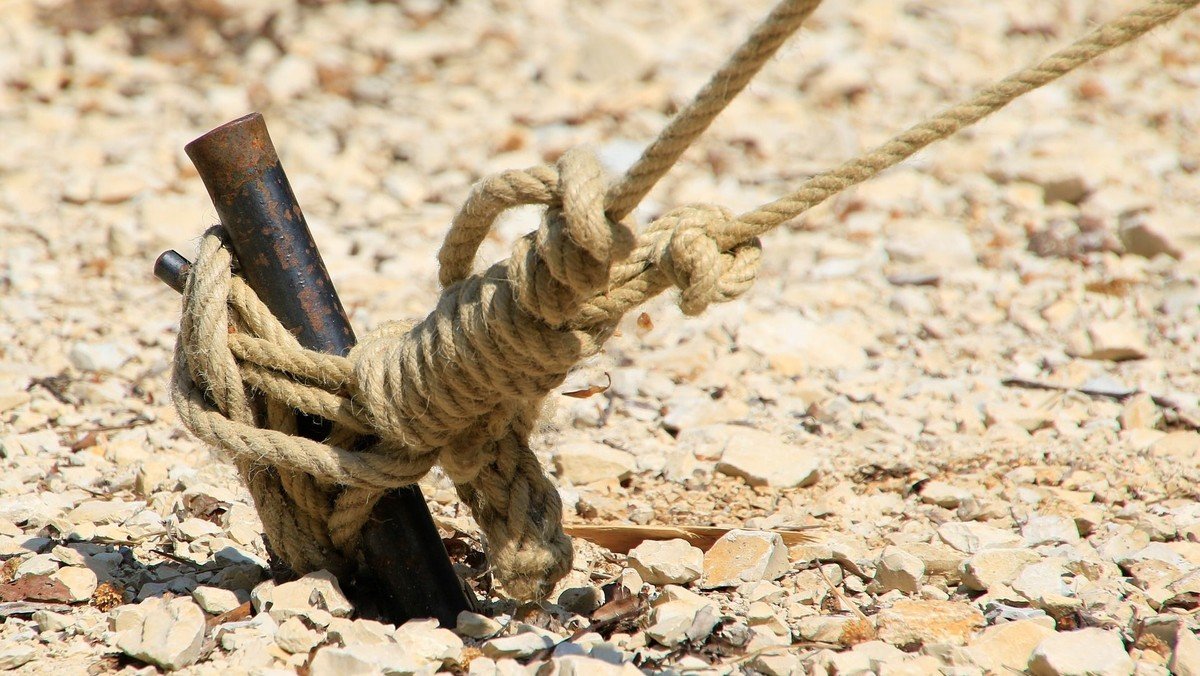 © Image by Jürgen Sieber from Pixabay

One of the things I’ve found fascinating over the last few weeks is how we’ve begun to re-assess what’s important to us.  They say you don’t truly appreciate things until you’ve lost them - and maybe that’s part of it - but I wonder if it’s not more that with a forced decluttering of many lives, the things that spark our joy have been more fully revealed?

I wonder if you, like me, also found a greater depth in the VE celebrations of this week?  There was something about the simplicity of a picnic in the garden just with family, stripped of any extensive preparation and worry about appearance or performance that was incredibly liberating; there was something about the quiet laying of a wreath by Prince Charles, and a bouquet of garden flowers by Camilla devoid of crowds, pomp and ceremony, that was deeply moving.  Perhaps it’s because we tasted just a fraction of their deprivation that we empathised more fully with the heroes we remembered?  But I think it was something else - by stripping back the extraneous, we were able to focus on what it was really all about - remembering those who had sacrificed so much to secure for us the freedoms we have enjoyed for the last 75 years.

I was recently talking to someone about the arrangements for a family funeral - and whilst I’m sure their experience was not universal (though they are not the only one to share similar thoughts with me) - they mentioned that the restrictions currently in place that meant only a very small number of immediate family could be present, brought to the occasion a sense of relief in a way, and focus: the service could be about the deceased, and the family, without needing to worry about pleasing anyone else, or being available to anyone else…  again, by lessening the burden of preparation, performance even, what the moment was actually about was brought into greater focus.

A word that has grown in popularity that in some ways reflects this focussed way of being that seems to have been thrust upon us is ‘mindfulness’.  That brings with it the question of what we are being mindful of - and why.  And that’s a really important question in every moment of every day - not just on special occasions, and celebrations.  It’s important because what we make the focus of our attention, and what we make the driver of our intentions, is fundamental to who we are as individuals.  Maybe we too - our roles and identities - are coming into greater focus?

Perhaps that’s a question you’ve had to face over the last few weeks.  It’s fascinating that one of the first questions we ask someone when we meet them for the first time is, ‘So what do you do?’  It’s an almost instinctive way of getting a grip on who someone is for us - and yet how much has that answer had to change?  How many people have had to add ‘home educator’ to their job description, or take something out, or rewrite it completely?  When that has been stripped or changed for so many of us, maybe it does make us question not only what we do but who we are.  I wonder what you’ve learned about yourself from noticing what you miss most, or have enjoyed most, over these weeks?

Jesus acknowledges that link between doing and identity in today’s gospel reading - when his disciples are struggling to get to grips with what he’s said about his own identity, he invites them to look at the works he’s been performing - the things he’s been doing - because they underpin his message about who he is; namely God incarnate!

But notice which way round that comes - the works of Jesus reflect who he is, fundamentally and internally - but they themselves are not what define him.  His identity defines his work, not the other way round.  There could be a lesson there for many of us to learn.

Dig a little deeper, and we can begin to uncover why that is.  He tells his disciples that he is going to his Father’s ‘house’, in which there are many ‘rooms’ (or ‘mansions’ if you remember the King James version of this passage).  That difference between ‘rooms’ and ‘mansions’ crops up because there are the usual subtleties when it comes to translation - but the point here that our words ‘house’ and ‘rooms/mansions’ are talking about somewhere permanent.  That gets particularly interesting when we remember the very beginning of this gospel, where John tells us ‘the Word became flesh and lived among us’, and there the word John uses for ‘living among us’ translates better as ‘pitched his tent among us’.  In other words, for Jesus, with the father, was home, and on earth was, to put it slightly facetiously, a camping trip.  The Father’s house was permanent; earth was temporary.

For Jesus then - his ideal, his identity - was rooted in something eternal, and unchanging; his identity was rooted in his relationship with God - which, this passage reminds us, was one of perfect unity.  God was where he came from; God was where he was going; and God was everything in between.  Is it any wonder, then, that when he acted - when he did ‘works’ - God overflowed from them as well?  ‘Who he was’ defined ‘what he did’, not the other way round.

Imagine the security that comes from having your identity defined in that way.  There would be no way it could be touched, or changed, or in any way impacted by anything on earth.  It wouldn’t matter if life was comfortable, or uncomfortable; it wouldn’t matter if you were loved by those around you, or hated; whatever came your way - painful or pleasant - it could be met with security, certainty, and trust.  You could have your friends betray you, and the crowds turn on you; you could be stripped, and beaten and mocked; you could be hauled before a kangaroo court; you could be condemned to death - and still, at the end of it all, with your final breath, knowing who you were, and whose you were, you would be able to say, ‘forgive them, they know not what they do.’

The truly astonishing thing is, Jesus promises it to all his followers.  This place that I call home, he says, well? Your room is next door.  My house is your house.  My father is your father.  My God is your God.  And if that’s what you want, to share in all the joys and wonders that brings - the eternal purpose, value and identity that comes with it - well, you already know the Way.  Because you know me.  Just follow me, walk with me, and I’ll bring you home.

It may sound too good to be true, but history is full of the stories of the thousands, millions, of men and women who have found that it works just like he says.  The testimonies of the saints cry out to us and show us what this looks like again, and again, and again.

We’ve heard one of them this morning.  In Acts we meet Stephen as he’s stoned to death.  And what do we see?  Through it all his identity is rooted in his knowledge of his relationship with God; his vision is fixed on a reality untouched by current events; and on his lips as he dies?  The same as Jesus, ‘Lord, do not hold this against them.’  Father, forgive them.  A life and a death that followed in the way of Jesus, and so was abundant - even at the last - in grace and truth.

And did you notice the shadowy figure in the background - a young man called Saul, who kept watch over the coats?  Who looked on in pleasure as Stephen was stoned?  A man who’s identity was firmly rooted in his work - his credentials as a pharisee, and his training in the law; his purpose in tracking down those who deviated from his idea of the true faith?  Well, you know what happens to him don’t you?  He too is confronted by Jesus’ astonishing offer to follow instead in his Way, and become defined by something beyond our wildest dreams - a God of love who reaches us to us and calls us home, no matter who we are, where we’ve been, or what we’ve done.  And Saul does just that - and goes on to share the love, identity, and purpose with hundreds, if not thousands of people, across the known world.  It’s largely because of him that so many - probably ourselves included - share our faith.  And Saul discovers in that work coming from a renewed identity a freedom he has never before known in an identity that comes from work.  He reflects on it in this way in his letter to the church at Philippi:

“You know my pedigree: a legitimate birth, circumcised on the eighth day; an Israelite from the elite tribe of Benjamin; a strict and devout adherent to God’s law; a fiery defender of the purity of my religion, even to the point of persecuting the church; a meticulous observer of everything set down in God’s law Book.

The very credentials these people are waving around as something special, I’m tearing up and throwing out with the trash—along with everything else I used to take credit for. And why? Because of Christ. Yes, all the things I once thought were so important are gone from my life. Compared to the high privilege of knowing Christ Jesus as my Master, firsthand, everything I once thought I had going for me is insignificant—dog dung.”

Like I said, time and again through history, people have heard the truth of Jesus’ claim to be the Way to hope, joy, peace, security, purpose, and identity; and stepping forward into it in faith they have found it to be true.  They have found it to be liberating, and transformational.  It shouldn’t surprise us really, like Jesus said, his followers would go on continuing to do great and amazing things.

Perhaps being made to stop for a while could even be a gift? When we can’t just unthinkingly go on doing what we’ve always done - it gives us a chance to think about who we really are.  It lets us reassess what fundamentals we build our identity and sense of self upon.  It might be it feels right to make some changes.

Jesus offers himself to us as the most stable of all foundations, as the Way to a life shaped by the glory and wonder of eternity in the here and now.  He calls us to root our lives in the God of love, who reigns supreme and secure, and to become a people who reflect that love into a world that is so in need of it. He calls us to greater works than we have ever known, springing from the deepest and truest expression of our self, found only in the God who creates us and sustains us.  He calls us not to do, but to become.

I think that’s quite exciting.  Are we ready to find out what that looks like us?