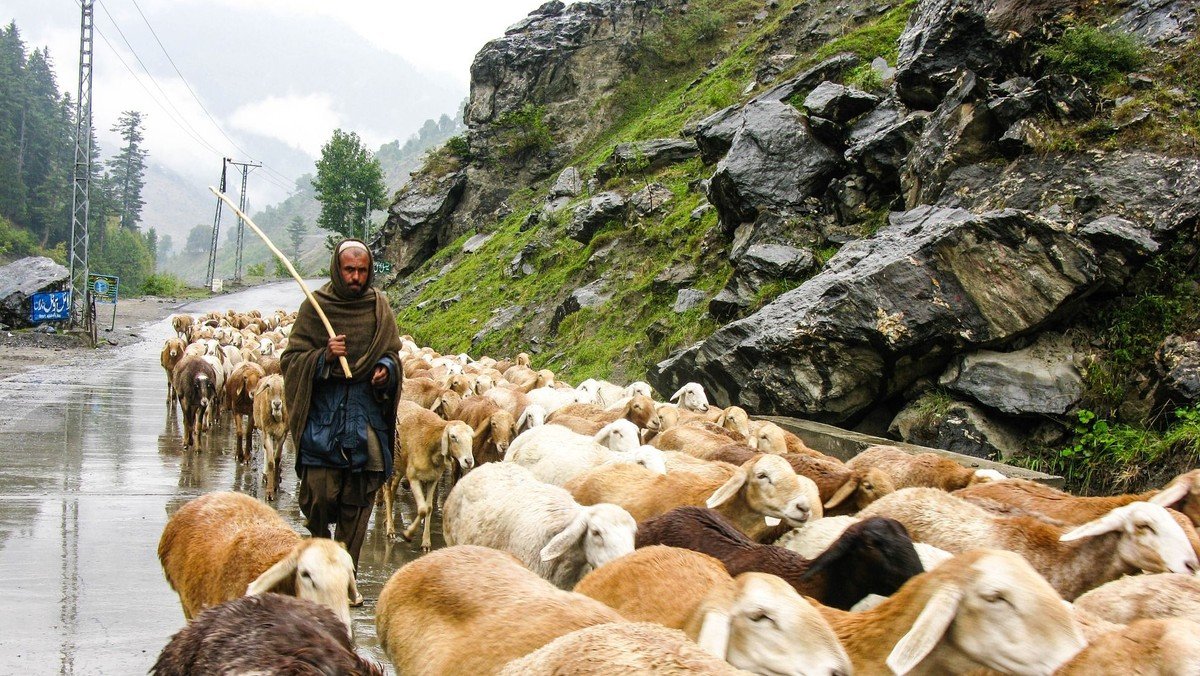 © Image by Zia Tabarak from Pixabay

This passage from Acts that so succinctly describes the life of the early church has always been a challenging one. It’s one that’s often held up as the ideal church, and the yardstick by which to measure current church practice – and one that, I’m sorry to say, often leaves us wanting. In fact it has been commented that if you were to read this passage and reverse every statement you would be much closer to describing the church of today...

I think that might be a little harsh – but there is certainly one aspect of the life that’s described here that is very much the opposite of today, and it’s heartbreaking. ‘All who believed were together’, verse 44; ‘Day by day they spent much time together’, that’s verse 46. They were a people, we’re told, who spent a lot of time meeting, gathering, and enjoying one another’s company – actual, physical company – in a way that we are very much missing right now.

It was deeply important for them to share that time together – in many ways it was what most tangibly defined their fledgling faith movement – here was a gathering of people from all nations, of all tongues, people of ‘every nation under heaven’ meeting together in unity. That very act embodied the fulfilment of the hope of a unifying Kingdom of God that encompassed the whole world. It was a togetherness that was going to draw in in equality male and female, slave and free around a common table. That’s something that would have been instantly, shockingly, recognisably distinct – a powerful incarnate witness to what it meant to be a follower of Christ.

And we’ve lost that. For the immediate, and indeed foreseeable future, coming physically together around a shared table – that powerful symbol that has been at the heart of Christian identity from day one – is denied us. That is, as I said, heartbreaking for many, many of us.

How can we begin to square this, our experience of loss – of loss of communion no less – with Jesus’ promise from the gospel reading, “I came that they may have life, and have it abundantly.”? This locked-down existence doesn’t exactly feel abundant right now.

But I think it’s worth noting that the abundance of life that we see in the life of the church through these verses was a new way of being. That means it hadn’t been like this before – and that’s where a lot of the energy and impetus must have come from. This commonality, this teaching, this breaking of the bread, this togetherness across nations – all of these are new things. All of these are changes.

And that means they must have replaced something else.

Something had to be lost for this new life to be gained. That’s how change works.

Something had to die for there to be new life. That’s how resurrection works.

And I think it’s worth noting that as this new faith grew, and as its expressions extended, it led to an even greater loss of how things had been. Notice the little detail in our text today, ‘Day by day, as they spent much time together in the temple...’ ‘In the temple’ - the big one, in Jerusalem, that was at the centre of the religious experience and expectation of the Jews. That’s where they were. Why? Because, though they might have been from all nations under the sun, the early Christian church was Jewish, just as Jesus had been.

But it’s not long before the extraordinary claims of this little sect begin to upset religious status quo; and not long before the pressing invitation of the Kingdom of God bursts outwards – and people who aren’t Jews start becoming Christians. Eventually the Christian church finds itself unwelcome in synagogues and temples – the places where believers have ‘always’ met, and worship has ‘always’ happened. (And that ‘always’ for those early believers who were still Jewish was far longer than their own memories – it stretched back hundreds – thousands - of years.) The hopes and dreams tied up in those buildings had for centuries been at the core of national and personal identities, and ways of thinking and being. That loss would have been heartbreaking for many, and for many I’m sure it would have been too much.

But many, as well, were those who weathered that change. Many were they who stood firm through the pain and loss, and carried the good news afresh to new lands, new peoples; the good news that the foundation of our faith has never been a place, a liturgy, a tradition, or any sort of practice – it has always been a person – Jesus Christ; and the proclamation the he is not only the King of an abundant Kingdom that transcends geography, history, time and space – but he, and only he, is the doorway – the gate, in his own words, by which we enter it. Again and again, trusting in that fundamental truth, the people of God have to work out right here right now what does it look like to devote ourselves to the apostles’ teaching? What does it mean to share fellowship with one another? How can we remember Christ in the the breaking of the bread? What prayers do we offer? Where, when, and how?

Perhaps we are out of practice in answering those sorts of questions – but learning to again will not be a waste. We are already seeing the fruits of new ways of connecting, praying, and worshipping together – as new faces join us for online services; as we invest time and energy in other ways of sharing our worship that make it more accessible than ever before to those who can’t physically make the journey to a church building; as we spend more time on the phone to one another and grow in strength of individual relationships... we’re learning lessons that will change how we ‘do’ church no matter what; and those changes may be the bedrock for stepping forward into new ways of being a community of faith, and serving one another. They may pave the road into renewal of vision, energy, witness, and growth. They may open the doors to a fresh abundance.

We don’t know what kind of church we’re becoming. It may well be one in which gatherings are small, few, and far between, for some time to come; it may be one in which we have to face the loss of old and regular places of meeting. We can pray it is not those things – but we must live in the knowledge that even if it is, the church of Christ has been here before, and, despite that, it’s still here today – because the God it serves is the biggest, the best, the boldest, the most powerful; the Christ it follows is the most loving, the most constant, the most faithful.

And the hope it holds is eternal.

The history of the Christian church is one littered with ways of being, and doing, our faith – each particular to a time and place; many of them even good. But the only thing that has ever been truly constant is our God, our companion on the way, our Shepherd. And he has called us faithfully through history, through change after change; and he has always fruitfully and abundantly provided. That’s well worth remembering as we make our way through uncertain times – for there is no reason to think He has changed.

Sheep don’t need to know where they’re going, if they trust the voice of the one they’re following.

He’s got this. Let’s walk in trust.