My Lord and my God!

My Lord and my God! 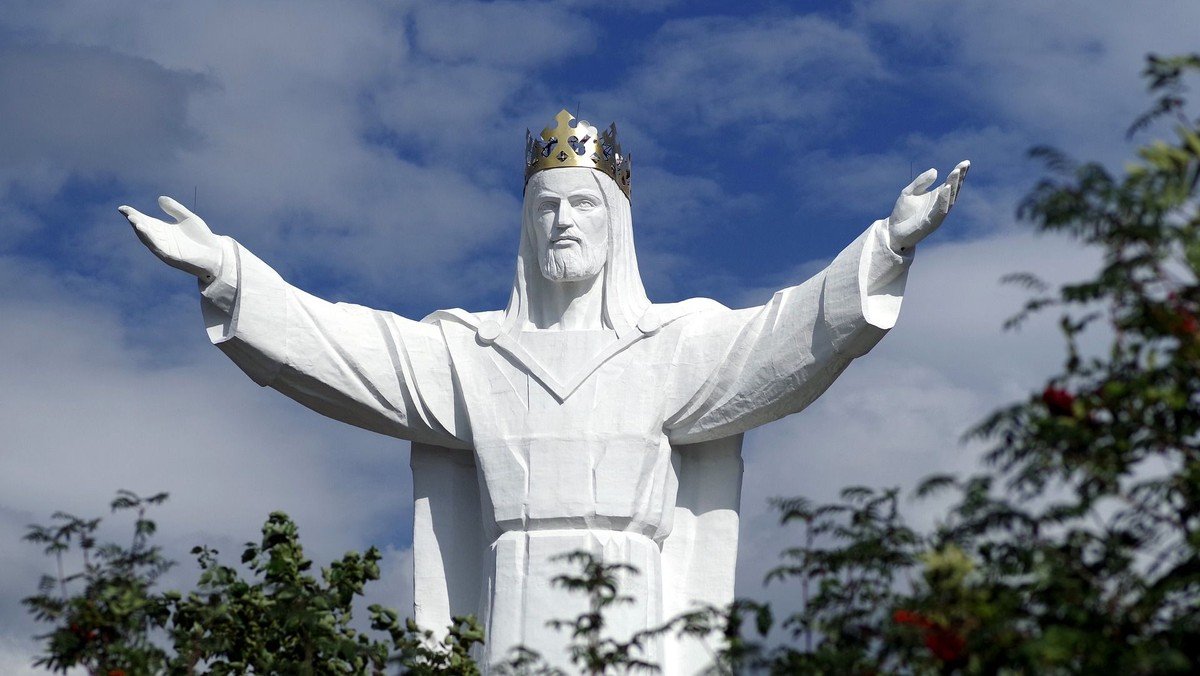 I mentioned last week that one of Jesus' resurrection appearances was made to the disciples whilst they were in self-isolation – and that’s the story we have in front of us this week. It’s a very peculiar feeling to have our mood and situation so in tune with those early disciples at the moment – but, as this passage reveals, it’s not just locked doors and an aversion to public places that was the same then as it is now. It’s remarkable how much is still just as true – but perhaps the most remarkable truth of this account is the one that falls from Thomas’ lips.

Thomas, known as ‘Doubting’ (though I might personally substitute ‘sensibly cynical’), comes out with one of the most insightful, and important, and faithful lines in all of scripture. Faced by the the resurrected Christ, Thomas is the one who finally acknowledges who he is, “My Lord and My God!”

This is the highpoint not only of this story, or of this gospel, nor even of the new testament – this is the highlight of the whole of scripture. This is the one phrase that cuts to the heart of what it’s all about – every single word of it – the extraordinary fact that the human Jesus is God, and, moreover, that God is Lord! That’s what our faith is all about – and it’s what the church preached, literally, on day 1 – check out the last line of Peter’s Pentecost Sermon in the other reading, “God has made him both Lord and Messiah, this Jesus...”

Now you might be reading this thinking of course, “Jesus is Lord” - we know that- we sing and we say it on a fairly regular basis – but pause for a moment and consider if it’s what we preach. I don’t mean (necessarily) from our pulpits, or these days website, I mean by our more general representation of our faith, and by our lives.

For instance, if someone asked you what it meant to be a Christian – how would you answer? The two most common answers I encounter to that question are (and of course I’m paraphrasing) that it means to live by a good moral code (to treat others kindly, and with respect), and/or to accept that Christ died for our sins that we might go to heaven.

They’re both fine answers, and certainly not entirely untrue – but neither of them are the answer offered by Thomas or Peter when responding to, or proclaiming the good news of Jesus. For them it’s not just about a moral code or getting to heaven (that comes later), and it’s not just about the crucifixion (that came before) – it’s about the very present fact that Jesus is Lord, or King, or Ruler, or Chief, or Head Honcho, or whatever other word you want to put in there.

That’s not to say the crucifixion, or heaven aren’t important (or the incarnation, or the resurrection, or the ascension, or the life and ministry of Jesus...) of course they are – critically. And it’s not to say that morality doesn’t matter, of course it does, immensely. Rather it’s to say that those are the history, hopes, and fruits of our faith – but they are not its core. It’s core is the simple fact that Jesus is Lord – and he’s here and active and in charge right now.

A Christian life is one lived in the open, honest, and deliberate recognition of that fact. It’s about submission to an authority who isn’t ourselves, or our motivations, or our desires; it’s about a recognition that our life is dependent upon the grace and mercy of God and not our own strengths, skills and talents; it’s about surrender to the fact that neither our life nor any of our belongings are really ours at all, and never have been. Everything we are, everything we have is his. Right now.

Of course that’s going to boil over into moral codes, and patterns of behaviour – how can it not? If we recognise a kingship that values and loves all of creation, any obedience to that has to mean that we will value, and love all of his creation just as he does. If we’re going to live up to this truth, it’s going to take some serious self-examination... as I asked earlier – does the way we live really preach this? Can we honestly say that our lives honour, protect and love, everyone and everything with which we interact? If not, are there changes we can make so they do more fully?

At this moment in history we have been granted an extraordinary opportunity to ask this question, on an individual, national, and international level. Rather than returning to ‘normal’ should we perhaps be taking the time to consider what we want our new ‘normal’ to be? Should we learn embed the lessons learned about living more locally and sustainably? Should we continue the works of social care and support that have been springing up? Should we foster the sense of generosity that means an 99 year old veteran can raise over £20million for the NHS by doing laps of his garden? Should we create a country in which a health service, and other vital social services, are funded sufficiently so that they don’t need him to?

Those are challenging questions to write; but ‘Jesus is Lord’ should be a challenging truth to hear. (As a side note, it’s worth noting that rejection of a fact doesn’t have any effective power to change it – Christ is King, Jesus is Lord regardless of our opinion on the matter.) Nonetheless it is what Peter preached, and it’s what Thomas declared. And if we, like them, like all the early disciples, and all the saints through history have the courage to face it, and accept it, and open ourselves to it – then we, like them, will discover that this recognition is cure not curse; this service is freedom, not oppression; and this surrender is release not indenture. Because as we give ourselves to God, he gives himself to us.

Time and again through the gospels we find that those who encounter the Lord walk away healed, and whole in body, mind, and spirit – renewed in energy and vigour. When he healed a man who was lame from birth, that man didn’t walk away – he danced away! When he meets Thomas, in the midst of his doubts, his faith leaps to heights greater than any before him. When he comes amongst those who have thrown in their all with him, to the point of fearing the world, and huddling behind locked doors he breathes the Spirit upon them – and their submission is replaced by an extraordinary authority to forgive sins in heaven and on earth, and their fears turn to boldness; their silence is lifted and these uneducated fishermen from a backwater county become articulate orators, and 3,000 people are cut to the heart, and in turn are transformed by the astonishing fact that Jesus is Lord. Three thousand people! That’s more than the entire population of our five parishes!

I said at the beginning that these passages reveal a lot that is the same today as it was then.

Jesus is still Lord and God, right here right now, in our own locked rooms.

Jesus is still calling us to recognise his Lordship, and to serve him , right here right now, in our own locked rooms.

Jesus is still breathing his holy Spirit upon those who do, and releasing them from fear and impotence into boldness and power, right here right now, in our own locked rooms.

Jesus is still holding out his hand to this generation that through believing we might have life in his name, right here right now, in our own locked rooms.

“Although the doors were shut, Jesus came and stood among them and said, ‘Peace be with you’”

Right here, right now, he greets you the same way.

What will you say back?